Why is Michigan the Wolverine State? 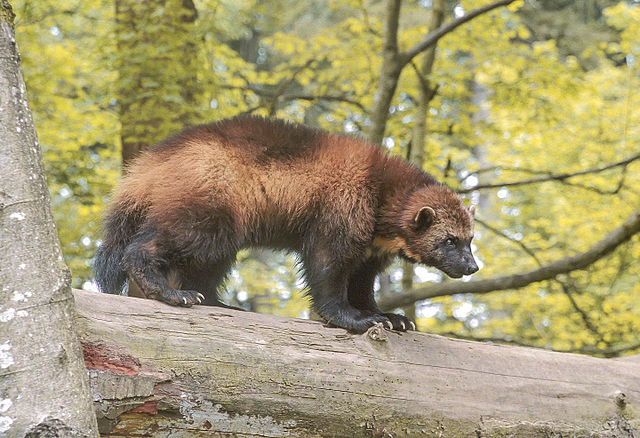 In 2004, the DNR confirmed a sighting of a wolverine in Michigan. The first sighting in nearly 200 years. The female was spotted in the farming region just south of Bad Axe. The wolverine remained elusive to the public yet for one local outdoorsman named Jeff Ford who tracked the animal for the better part of 6 years. In 2010, the wolverine was found partially submerged near a beaver dam in the Minden City State Game Area. Cause of death was determined to be congestive heart failure.

A small stocky, powerful bear-like animal known for it’s ferociousness, the wolverine is actually a member of the weasel family. Many people regard the wolverine as the State animal. However, check the DNR website and you’ll see it’s actually the white-tailed deer. So the question becomes; Are their any wolverines in Michigan? And the answer is…. No. (OK, we aren’t counting some rabid fans of the University of Michigan. If that were the case we’d have hundreds of thousands.)

In fact, there is no evidence to suggest that wolverines ever existed here in large numbers. So why is Michigan the wolverine state? Well, no one knows for sure. Some think the name came from the native tribes in Michigan who were displeased with the encroachment of European settlers. The Indians traditionally had an intense dislike of wolverines. The worst name that could be given to these new settlers was, “a wolverine”.

Another idea says the name came from Ohioans. In 1835, a dispute over a strip of land near what is now the Michigan-Ohio border became known as the Toledo War. Rumors in Ohio at the time described the Michiganders as being as vicious and bloodthirsty as wolverines.

Of course many believe that the name came from fur trappers of the 1800’s. Most of the wolverine trapping was done up in Canada, but as the great lakes were the super highway of the region, wolverine pelts from the north were often shipped off to eastern cities bearing the name Sault Ste. Marie, Michigan on their shipping labels.