Was that a Lynx or a Bobcat? 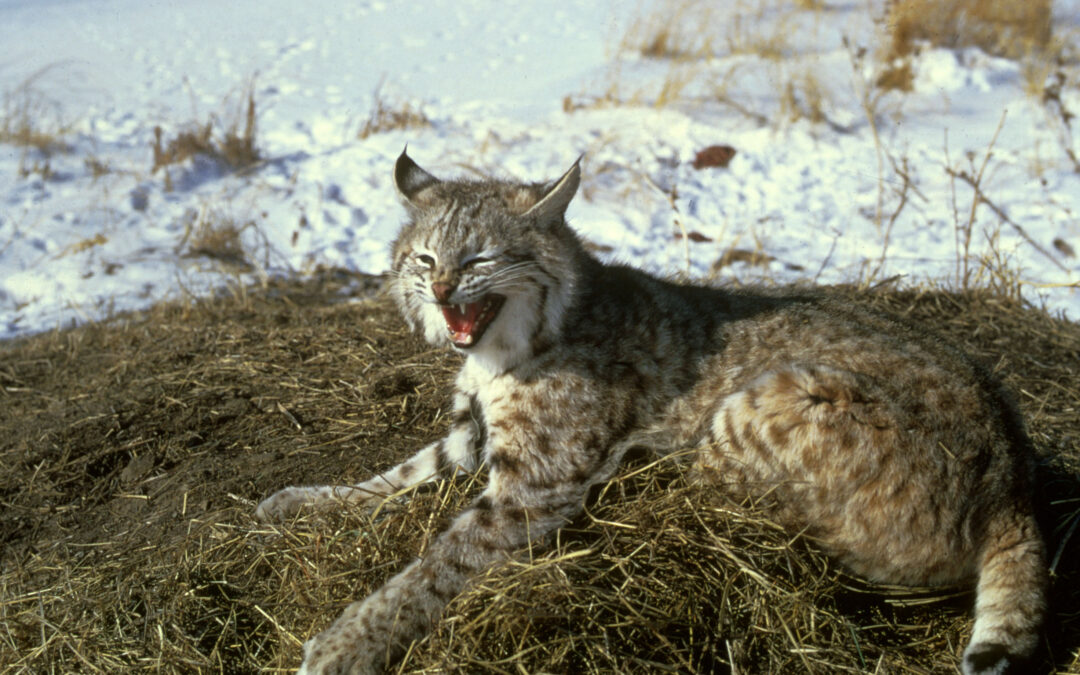 Well, if you saw it in Michigan, it was more than likely a Bobcat. That’s because the Canada Lynx is classified as a threatened species in Michigan with very few reported sighting over the last 40 years. Of these, most occurred in the Upper peninsula. In March of 2019 near Howell, MI the DNR actually live captured a lynx. This was the first reported sighting since 2003 and the first live capture ever. On the other hand, the bobcat population in both the upper and lower peninsula is much higher. While no statewide population estimates in Michigan have been done, we can look at two different studies to make a guess. Wisconsin, which has an environment similar to Michigan has done population studies.The Wisconsin DNR reported in the fall of 2019 a population estimate of 3800 bobcats. Secondly, Tyler Petroelje, a research biologist for the MDNR conducted a predator survey that included population estimates for both Escanaba and Crystal Falls in the U.P. The population estimate for the Escanaba study area stated an average of 0.8 bobcat per 10 square mile radius. The Crystal Falls study area had a bit more with a 1.0 bobcat per 10 square miles. The upper peninsula of Michigan is 16,377 square miles. Crunch the numbers and it is probably safe to guess that the UP has 1000-1500 bobcat.

Adult Bobcat typically weigh between 15 to 35 pounds with males generally being larger than females. Regardless of sex, a 30 pound bobcat is considered big. Bobcats live solitary lives only interacting during mating season or while raising young. Mating occurs in February/March and after about a 50 day gestation period, cubs are born in the spring. Bobcat can live up to 12 years. One reason our knowledge is limited is because bobcat are an extremely stealthy animal and are generally nocturnal. Combine these two points and sightings can be few and far in between.

So how could you tell the difference between a Lynx and a Bobcat anyway? Well that would take us into taxonomy; the classification of living organisms. Let’s start with ourselves; Humans. Even though we have different skin color, hair or eye color, some people are short, some are tall, we are all classified as Homo Sapiens. We are the same species. When it comes to Bobcat and Lynx, one is a medium-sized cat with long, tufted ears and a short, bobbed tail while the other is also a medium-sized cat with a short tail and tufted ears. However, they are classified as a separate species. Huh?

Well despite being different species, both Lynx and Bobcat fall under the same Genus; Lynx. There are 4 species of the Lynx Genus. The Eurasian Lynx, Spanish Lynx, Canadian Lynx and Bobcat. While the global population of lynx is greater, North America is dominated by bobcat populations, namely due to environment and prey. The Lynx prefer forested areas where they hunt their favorite prey, the snowshoe hare. Bobcat can adapt to a wider variety of ecosystems from swampy, marsh areas in the south to desert, arid, scrub regions of the west to mountains and Forest areas.

Aside from geography, we can see distinctions between the 2 animals when we look at their ears, feet, coat and tails. Since the 3 species of Lynx can vary in size, making generalization between the Lynx and Bobcat can be tricky, yet differences do exist. Bobcats appear more like overgrown house cats than Lynx. Lynx have extra long tufts of black fur on top of the ears which can be up to 2.5 centimeters and help with hearing, enabling the Lynx to pick up the soft sounds of prey walking through the snow. Lynx also typically have a shaggy mane of fur around the cheeks.

The feet are also different size. Lynx have larger paws and longer legs which allow the cat to be more agile in snow. Since the common prey is the snowshoe hare, Lynx spend lots of time in this environment. Bobcats have much smaller paws and would not fare nearly as well in deep snow. The coat of a bobcat tends to be shorter, has more spots and can range in color from light gray to the more common brown. Lynx on the other hand lack much of a pattern in their fur and tend to be mostly gray.

Lastly is the tail. While both animals have a short, clipped tail, the bobcat’s tail is banded with black stripes.A bobcat tail is black at the top and white at the bottom while the Lynx tail lacks banding and is completely black at the tip. 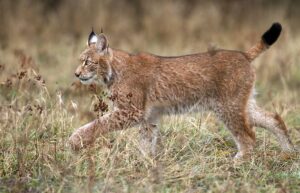 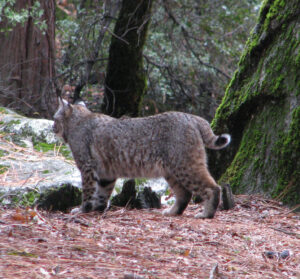