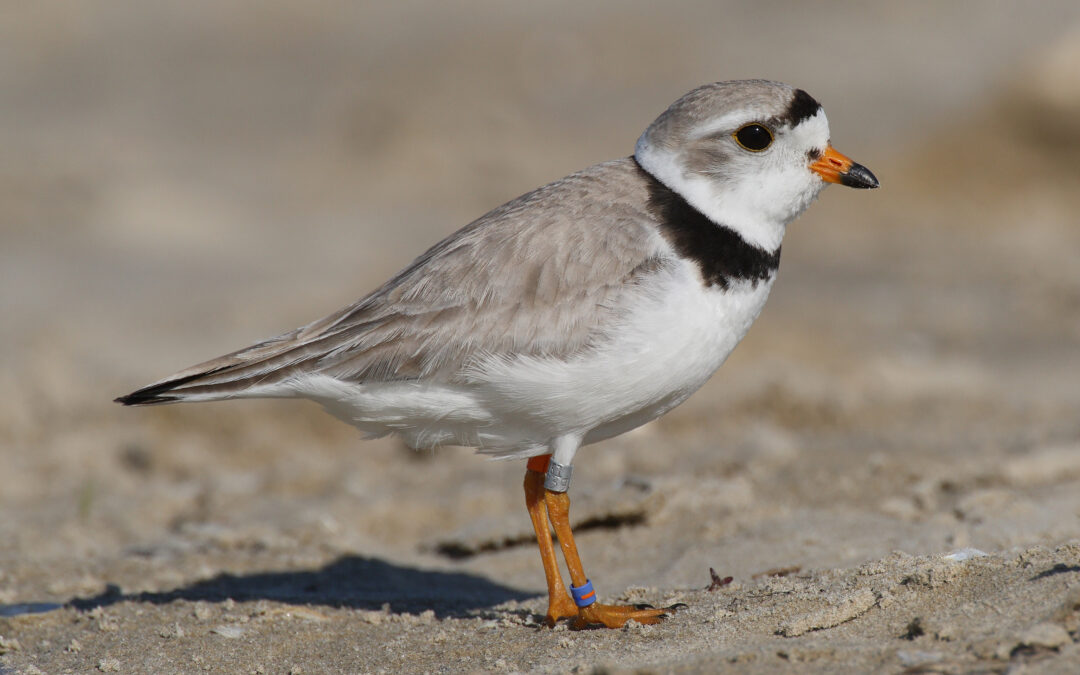 Did you know….Plovers are a summer resident in Sleeping Bear. They nest above the high water line in sandy areas among the grassy areas of the dunes. You may see them engaged in a strange dance with the water as they forage for freshwater invertebrates. They run quickly along the beach stopping frequently to pull or pick an invertebrate from the sand. They can also hold 1 foot in front of their bodies and vibrate it in the sand as a wave passes, in an attempt to bring invertebrates to the surface where they can easily grab them. Plovers in the Great lakes are endangered with less than 150 breeding pairs.