Can a Porcupine Shoot its Quills? 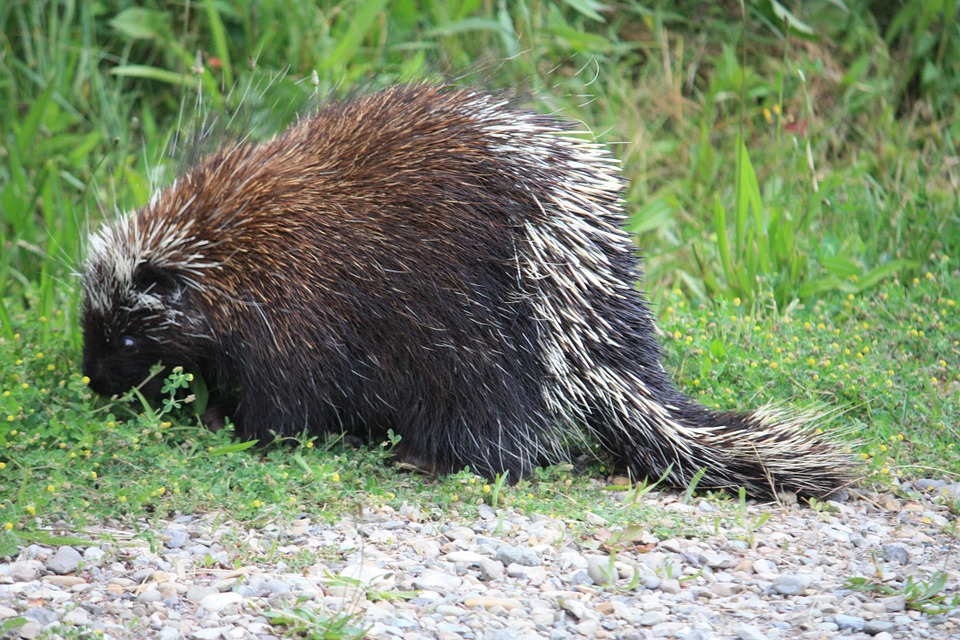 Whether strolling through the sand dunes or hiking on one of Sleeping Bears’ numerous trails or even enjoying one of the many scenic vistas along Pierce Stocking Drive, you may come across a common resident of the park; the North American Porcupine. If I get too close, will they shoot their quills at me? We’ll get to that.

Porcupines are rodents, meaning they possess a single pair of continuously growing incisors in both the upper and lower jaw. There are two families of porcupine; Old World and New World. Old World Porcupines live in Europe, Asia and Africa while their New World counterparts are indigenous to North America. The North American Porcupine have curved claws making them excellent climbers and spend a great deal of their lives up in trees. While it’s a mammal and classified as a rodent, it’s Latin name actually translates as “Quill Pig”.

The North American Porcupine is an herbivore subsisting on a diet of pine needles and bark, roots, stems, leaves, berries, meadow grass, seeds, flowers, nuts, aquatic vegetation, fruits, and tubers. Their propensity for gnawing on bark has led to them getting a bad rap as destroyers of ornamental timber and wood structures. Think of Granpa complaining about the porcupines gnawing on the garage or the trunks of trees in the backyard. The covered bridge along Pierce Stocking Drive has been a victim of the Porcupine appetite requiring repairs regularly.

Of course when most people think of a Porcupine, the first thing comes to mind is their quills. Tall tales of porcupines shooting their quills out at passerby’s are just that; Tall Tales. Porcupines can’t shoot their quills! However, it doesn’t take much for these barbed, needle like quills to be released into an attacking predator. Porcupines actually have a mix of fur (remember they are a mammal) and quills. The head, face and underbelly is soft fur, while their back, sides and tail are a mix of quill and fur. A North American Porcupine can have over 30,000 quills! This is their main defense against predators. The barbed quills dislodge easily and become snagged in the skin of it’s attacker. These are difficult to remove if the animal lacks a thumb and fingers. They can become infected and cause a significant amount of damage. One of the porcupines main adversaries is the fisher, a small carnivorous mammal, native to North America. The fisher will attempt to flip the porcupine onto it’s back exposing the unprotected underbelly. 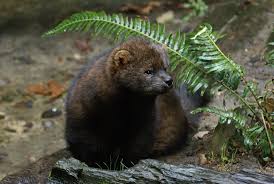 Of course the Porcupine attempts to defend itself by charging backwards or slapping their tails at an oncoming attacker. There is a great YouTube video showing a leopard going after a porcupine.

Check it out here:  https://www.youtube.com/watch?v=EeZW3UcW1Yc

If you happen to come across a Porcupine while at Sleeping Bear Dunes, you have no need to worry. As with all wild life in the park give them their space and leave them be. It’s their home after all. Most often than not, the porcupine will basically ignore you and you can observe them without worry of getting” quilled”.